Indian Navy Artificer Apprentice (AA) Results 2017:Indian Navy is going to announce the final  merit list of the candidates on 23rd June 2017.  who are going to join in the navy So the applicants are eagerly waiting for the merit list to experience their name in the merit list or not.The final selected candidates will be appointed as the Artificer Apprentice for 142 Batch Sailor Entry.Working in navy is a pride of the nation for many people so more people who want to pursue their career in different and interesting field can opt for these navy jobs.To get shortlisted for the merit list ,the competitors must be medically fit ,they should get good marks in written exam and Physical Fitness Test (PFT) which shows they are physically and mentally fit for the job.The contenders who have overcome all  these stages successfully can grab their dream job i.e to be  a part of the Indian Navy .

From the sources of information we got  that the Indian Navy is going to release the Indian Navy AA August 142/2017 Merit List very shortly on 23rd June 2017.Once the list is uploaded successfully in the official site we will also update here in this article.Most of the candidates interested in these vacancies are the unmarried males only.Future updates of the Indian Navy recruitment notification will update here in our page Jobschat.in. The  selection process for these AA posts  will includes written exam ,physical Fitness Test and Medical Examination.

Candidates appeared for all the stages of the exam can  expect their name in the Indian Navy Artificer Apprentice (AA) Merit List .In most of the cases Indian Navy will prefer the skilled ,capable candidates who are physically strong.Once you found your name in the merit list ,you can confirm that you are going to be a part in the Indian Navy.Initially they will give training according to their requirements and will  allot the posting based on the performance during the training period.Stay connect to this article for uptodate information about the final result of the  Indian Navy AA August 142/2017 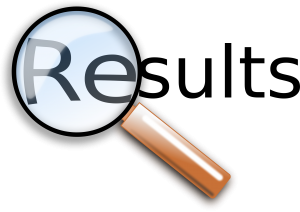 Indian Navy has different departments of recruitment based on the educational standards of the applicants.It conducts  various exams to give chance of employment for the most hardworking ,talented and eligible  persons.For  every recruitment procedure the number of applications getting are also high.So we can assume that the number of people who are interested in joining navy is huge.