Along with Syllabus, Contenders can Find the TNPSC Executive Officer Exam Pattern of both Grade 3 & Gr IV for making the Preparation more effective. Addition to the Preparation, Contenders have to solve the Previous Papers after the Tamil Nadu EO Grade IV Syllabus for knowing their performance of knowledge.

Tamil Nadu PSC Officials announced the TNPSC Executive Officer Syllabus 2019 of both Grade 3 and Grade 4 Posts of which the Contenders who enrolled for those posts have to refer the Topics and Subjects involved in the TNPSC EO Syllabus first through this portal and then Download for Free of cost as it is the time for preparation for the Exam. As already the TNPSC board released the Exam date, the candidate has to not waste their valuable time any cost because of each and every topic covered in the Tamil Nadu PSC Executive Officer Syllabus must be covered to get the qualifying marks in the exam as the most number of Applicants will appear for the exam. It is advisable for the Applicants to log on to www.Jobschat.in daily for knowing the Updates about the Exam. 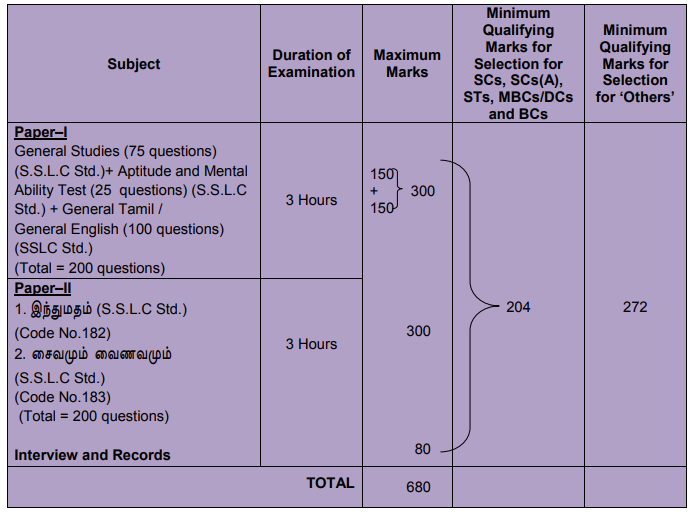 Whenever the TNPSC Officials released the TNHRCE Executive Officer Syllabus 2019 Of Grade 3 & 4 Jobs, All the Applicants immediately opens the www.tnpsc.gov.in portal for knowing the Subjects along with Sub Topics on which they have to concentrate well if they want to qualify the Exam. Although some of the Subjects are same in both the TNPSC EO Grade 3 Syllabus & TNHRCE EO Gr IV Syllabus, respective Exam Patterns is different. That’s why the contenders have to do the preparation as according to the TNHRCE Executive Officer Exam Pattern for completion of the Syllabus in a prescribed manner.